Today (December 5th) marks the 44th anniversary of the release of Paul McCartney & Wings' Band On The Run album. 1973's Band On The Run, which reunited McCartney with legendary Beatles engineer Geoff Emerick, included three Top 10 hits -- 'Helen Wheels,' which peaked at Number 10 and was only included on the U.S. Versions of the album, 'Jet,' which topped out at Number Seven, and the title track, 'Band On The Run,' which hit Number One on June 8th, 1974 and topped the charts for one week. Band On The Run holds the distinction of being the only McCartney album to top the album charts twice. The album didn't hit Number One until over four months after its initial release, when it knocked John Denver's Greatest Hits out of the top spot for four non-consecutive weeks. Alice Monteiro De Barros Curso De Direito Do Trabalho Pdf Converter. Band On The Run, which was McCartney's fifth solo album, was his biggest post-Beatles critical and commercial success, was mired in trouble before it began production. While Wings was rehearsing the new material in Scotland during the summer of 1973, guitarist Henry McCullough quit the band after an argument with McCartney over how a solo should be played.

Then -- just prior to the band leaving for Lagos, Nigeria to record the album -- drummer Denny Seiwell phoned McCartney saying that he too was quitting. Paul McCartney recalled the circumstances leading up to Wings' departure to Lagos to record the album: 'I was looking around for somewhere exciting to record the next album. So what I did, I thought, a good idea would be to get a list off EMI -- our record company -- of all the studios they had 'round the world. It turned out they had one in Africa. We just said, 'Yeah. Let's go to Africa.' The night before we were due to go Denny and Henry rang up and said, 'Um, we're not coming. 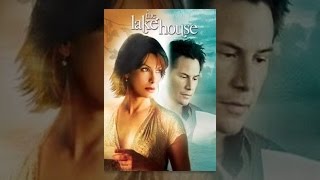 We're not coming to Africa. We don't wanna come.

Epson Stylus Dx8400 Reset Software. We're leaving the band.' Oh, great, thank you! At first it was like, 'Oh no, tragedy!' But then, I just thought, 'Right, we're gonna go and we're gonna show you -- we're gonna make the best album we've ever made!'

Denny Seiwell, who began playing with McCartney in late 1970 during the Ram sessions, was actually the first member McCartney lined up for Wings. Seiwell admitted that the bottom line was that money was so scarce, he couldn't afford to stay with band: 'I was waiting for some stuff to come along so we'd have some more binding legal agreements before entering into... I knew this record was gonna be a big one, and when none of that stuff was being taken care of, I just thought it was time to move on.” Wings co-founder Denny Laine told us that he had no idea that the pair had quit until he didn't see them on the plane to Africa: 'I didn't find out until they didn't turn up, because nobody told me what was going on. I just got the vibe. I knew that Denny was missing America, for example. I knew that he didn't like to travel. Y'know, he was basically a session man who got talked into going on the road.” Pared down to the trio of Paul and Linda McCartney and Denny Laine, the group recorded in the middle of the rainy monsoon season, while the Lagos EMI Studio was being built.

One night Paul and Linda were robbed at knifepoint, and the thieves who made off with the McCartney's cameras and cash also stole the demos for the album, which have never been recovered. McCartney took over drum duties on the album, and shared the majority of instrumentation with Laine. Laine recalled that the two-man band approach came naturally to him and McCartney: 'We did that with Band On The Run a lot, where he would pick up an instrument, I would pick up another instrument and we'd put the backing track down. And then figure it out after that.” Laine recalled that the album's title song was a perfect example of how he and McCartney laid down the basic tracks for Band On The Run: 'As far as I can remember, it was just me on guitar -- on acoustic -- and Paul on drums. Maybe we added those extra guitars afterwards, I mean, and just mixed the other stuff out.” In early 1975, Band On The Run earned Paul McCartney & Wings the Grammy award for Best Pop Vocal Performance by a Duo, Group or Chorus. Geoff Emerick was awarded the Grammy for Best Engineered Recording, Non Classical. Fast Facts: In recent years, Paul McCartney has included six Band On The Run songs in his concert setlists: 'Band On The Run,' 'Jet,' 'Let Me Roll It,' 'Bluebird,' 'Mrs.