Serial ports are incredibly dumb. They buffer a small number of bytes (16 or so) and that's it. If the buffer overflows, the data is lost, and application is left guessing which byte belongs where. Depending on flow control, errors might also not be detectable. Unless some external or real-time synchronization is used to mark individual units, then serial ports are considered a stream. 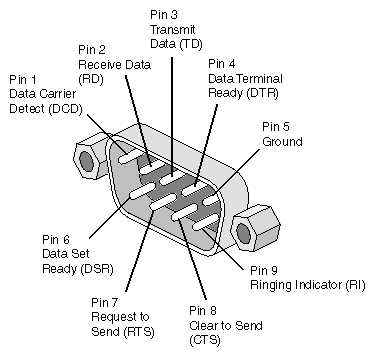 Same logic applies as with TCP stream. Keep reading from port, store any bytes read into a buffer. Scan this buffer periodically to see if it contains a full message. Only then process it. Read() will return number of bytes that were actually read, so always check it.

In this case, check if buffer has at least enough data for header byte and message length (len). If it does, check if buffer has at least header_size+message_length_size+len bytes in it. If yes, process that as a message and remove this from buffer. Otherwise, keep reading and appending new data to buffer. Okay, but should I use boost::asio::streambuf to buffer the data? Serial Number Freehand 9 Tutorial there. And then how can I extract the data from it so I can parse the message that has been sent?

You say that it can only store 16 bytes or so (I guess it uses some kind of cyclic buffer); the rest will be lost. I wonder if we possibly need to have a separate thread which only reads incoming messages, in case it can take so long time between two calls to the function that some data can be sent and lost in between? I'm using Qt as a widget toolkit and I don't know how long time it takes for it to process all it's events, although the application appears to run very smooth. Quote: Original post by TriKri Since I think I know the answer to my question (using async_read instead of read), I want to ask: How does an asynchronous function work?

Under asio one posts a request, when new data arrives, callback is invoked with bytes that were read. Hp 6127 Driver Mac. Quote: Will an interrupt be used which pauses the program flow and opens the handler function in the same thread, or will the asynchronous function open a new thread in which the handler function later will be called? If serial ports behave differently than sockets then it should be documented in the code. If same processing model is used, then completion handlers will be invoked in the thread calling io_service.run().

Hi everyone My program currently writes some characters to a device connected over the serial interface and subsequently changes the baud rate, followed by sending some more characters. The problem is that the first transfer does not seem to complete before the baud rate switch and thus is sent with the new baud rate, which is not supposed to happen. What I am looking for is something like a flush() before changing the baud rate.