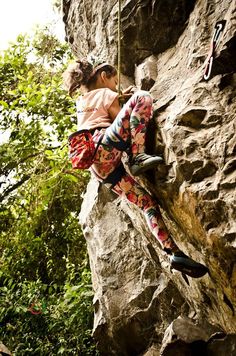 Steve McIntyre famously determined that. Mann’s response (though not directly because he doesn’t speak with mere people with questions) was “it doesn’t matter”. I wonder what CRU will have to say about this one that has been discovered?

It’s bigger than just a single point on Earth. Bishop Hill notes: Reader John McLean emails with details of some surprising finds he has made in the Hadley Centre’s sea-surface temperature record, HadSST. John is wondering whether others might like to take a look and confirm what he is seeing.

Here’s what he has found: UPDATE: 3/26 Josh adds: A hilarious possibility but one which has already said has been fixed or was wrong. Well, that’s a relief – these things do in Climate Science. But there are “typos”, mistakes made with no intent to deceive or mislead. Hasp Srm Runtime Environment Installation.

The original may be more a lack of “proof reading” on “the boss’s” part. (Title a table as “nh” instead of “sh.) Not quite what Mann did with the lake cores to keep his stick alive.

Just a mistake rather than a deception or gross incompetence. Maybe an “honest mistake” has been dishonestly used. John Mclean has asked “the masses” to double check what he thinks he saw. Would that other’s that claim to be “scientist” would do the same. Devil’s Advocates are critical for the identification of existing and potential sources of problems This way we address faulty science, bad data, short coming, lack of performance, poor outcomes. First, we must confirm and then address those issues, correct, and identify how to prevent it the next time.If the oxygen line to the surgery room keeps getting crimped and people die, we do not ignore it and shut other people down. A typical student error would be to have to mix data from different start and end dates.

Once pointed out, a real scientist would fix the error and address the origination of the error. Here, it takes a LOT of machination to flip an entire data set, a lot of energy to refuse to address it, a committed ‘review’ group to ignore it and a large herd to trample over anyone who brings it up because the ‘error’ supports a precept. Donwload involves right clicking on a link and then selecting ‘Save Link as’ (if you’re using Firefox). Somehow I doubt that’s what you meant. I started by calculating the weighting (the cosine of the latitude of the centre of the grid cell) of an individual grid cell in each latitude band where we have grid cells and I separately aggregated the weighting all grid cells within the hemisphere.

I then processed the gridded HadSST3 datafile for each month, aggregating the weighting factor for all grid cells that reported data (i.e. Were not flagged ‘missing data’) for each hemisphere. At the end of the month’s data I converted the aggregate weighting of reporting grid cells to a percentage of the total weighting for the hemisphere, thus giving the percentage coverage.

I’ve used the same technique on CRUTEM and HadCRUT data at different times and my output, when rounded to teh nearest whole number, matches the summary files that the CRU published via its web pages. “Paul March 25, 2016 at 2:40 pm “You get started writing code, and we’ll get you the requirements later”.” I experience this all the time with projects over the last 30 years or so, and it get’s tiring very very quickly. While my last recent experience was not code, it was a Windows 10 SOE build project. Now, most installations would use SCCM 2012 to build and capture the SOE.

Not in this case. No I had to build this SOE manually, while the requirements were changing almost every hour over a couple of weeks. The “SOE” to be captured using CloneZilla. This was a Govn’t agency.